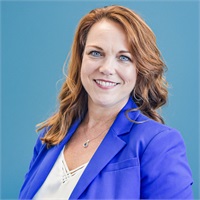 Originally from Greenville, AL and growing up on a farm, Christy first learned to drive a tractor and learned the importance of hard work.  Because she was taught to save money but never how to make money grow, her passion over 20+ years in the financial services industry has become helping others navigate the importance of having a plan in place sooner rather than later.

Christy joined McKnight Advisory Group to bring her level of expertise after her experiences with Edward Jones, Prudential, Pacific Life, and John Hancock. She holds her Series 6, 63, 66, and 7 along with several state insurance licenses to provide her clients with a well-balanced list of services to cater to their various needs.

Christy lives in Smyrna, TN with her husband, Michael, who is a Navy Veteran.  They have a blended family of five children with their oldest son following in his father’s footsteps and is also in the Navy.  Michael and Christy have been blessed with two beautiful grandchildren even after doctors advised their 3-time cancer survivor daughter she would never be able to have children.  In their spare time you will find them at their youngest son’s wrestling matches, spending time with their two grandchildren, kayaking, camping, or taking a motorcycle ride on the back roads of Tennessee.  Their family attends and serves at Zeal Church in Nashville.

Christy graduated from the University of Alabama at Birmingham and is a member of NAIFA (National Association of Insurance and Financial Advisors), Rutherford Cable, and Rutherford Business Builders.  As part of her give back to the community she facilitate a DivorceCare course and volunteers time toward Childhood Cancer Awareness in honor of their daughter, as well as Alzheimer’s Awareness in honor of Christy's grandfather.