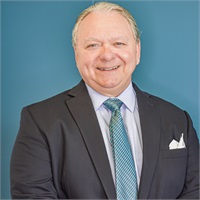 Edwin began his insurance career in 1985, with licenses for Life, Health, Property and Casualty. Edwin has increased his effectiveness and knowledge through studies with the American College and in 2014 was awarded the ChFC® designation. Edwin has also maintained the Life Underwriter’s Training Council’s LUTCF designation since 1993. Edwin is a 1999 graduate of Leadership Rutherford and became an Investment Advisor Representative in 2007. In 2011, Edwin became a graduate of the Leadership in Life Institute (LILI) and has served his professional state association, NAIFA Tennessee, as LILI Co-Moderator. Edwin has served as an Agent Advisor on numerous insurance company advisory boards as well as serving two years on the Rutherford County Benefits committee.

McKnight Insurance Group, Inc.; began operations in January of 1990 and after 25 successful years in business underwent the process of changing the company name to McKnight Advisory Group, Inc.; in 2015. This change was implemented to communicate McKnight’s value as Advisors in the areas of Insurance, Employee Benefits, and Financial Services. Edwin serves the needs of McKnight Advisory Group, Inc.; as President and works with clients to deliver security, manage risk, and bring balance in their Financial, Insurance, Investment, and Retirement Planning.

He has lived in Rutherford County his entire life. He is married to Edna Huddleston McKnight and they reside on his family’s farm in the Halls Hill community. Edwin received his BS degree from MTSU (‘81) in VO AG Education and Animal Science.